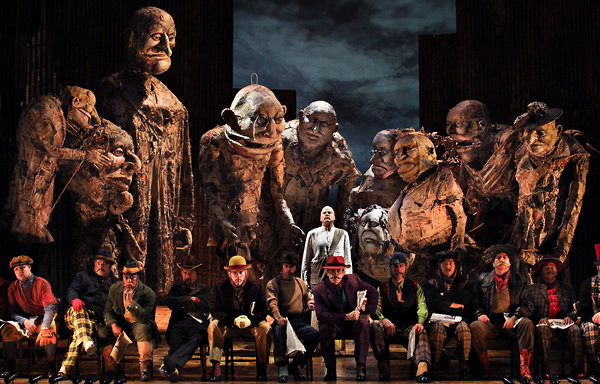 Last summer, before my friend Jenn moved to the west coast, we came up with a “local” bucket list. Basically a list of things that we’ve always wanted to see or do here in New York, but just never got around to doing. One of the things on my list was seeing an opera at the Met.  So when my friend Rupal asked if I wanted to see the final performance of Satyagraha last night, I took her up on it. The Lincoln Center theater is beautiful, and makes you feel fancy just for being there. We were also able to use a corporate discount to score some prime seats! 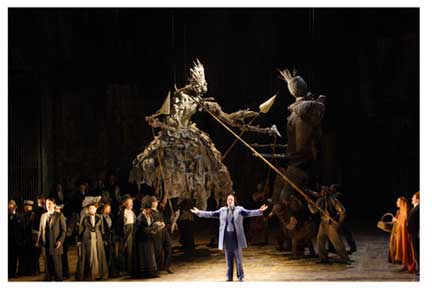 This opera is loosely based on Gandhi’s early life in South Africa. Satyagraha, or “truth force,” is  a term Gandhi used to described the strength in non-violence.  The show is divided into three acts, using historical figures Leo Tolstoy, Rabindranath Tagore, and Martin Luther King, Jr., to represent the past, present, and future.  The libretto was adapted from the Bhagavad Gita, The Song of God, and sung entirely in Sanskirt.  Subtitles weren’t used, but every so often quotes or single words were projected onto the stage, giving the scene context. As one would imagine, the music was amazing and an integral part of each scene.  The acting was more abstract than what you’d see in a mainstream musical or play, but it was easy to follow. The story was enhanced by unique staging and the use of larger-than-life puppetry. Running 3 hours and 45 minutes, I was initially worried about my attention span. However,  the performance was actually quite captivating, so I was wide awake and interested throughout the show. Getting a coffee during the first of the two intermissions helped as well!

My first trip to the opera was a success! What’s on your “local” bucket list?

← Dance, sing, floss and travel.
Fab photo of the day →

3 Comments on “My first opera: Satyagraha” 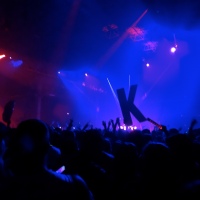