The Palacio de la Inquisición represents a dark time in colonial history: the Spanish Inquisition, designed to preserve Catholic orthodoxy in Spain and all of its kingdoms. The Punishment Tribunal of the Holy Office condemned heretics from 1610 until Colombian Independence in 1821. Alleged crimes included magic, witchcraft, and blasphemy.  Suspects were tortured using a wide variety of devices, on display in the museum.  Those found guilty (nearly all) were sentenced to death in a public viewing.

Outside the building is a park , originally called Plaza de la Iglesia, and then Plaza Mayor. During the inquisition it became known as Plaza de la Inquisición , but is currently Plaza de Bolivar (of course… every city seems to have one!). 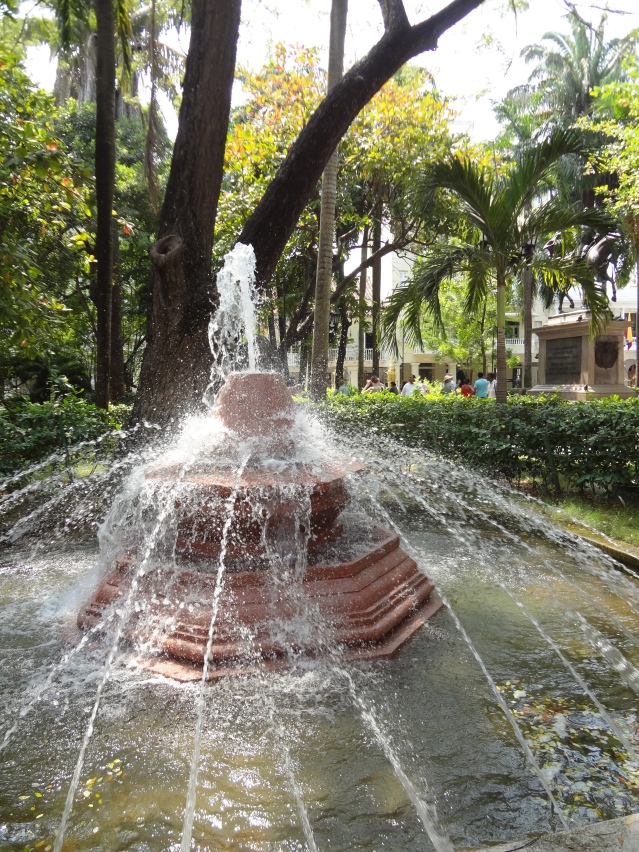 ← Love in the time of Cholera and Cartagena
Barranquilla for (pre) Carnival, Part I →