5 Things To Do During a 10 Hour Layover in Auckland, New Zealand

Ordinarily, I avoid layovers like the plague. Especially layovers longer than 2 hours. But for my recent flight from the US to Australia, I purposely chose the flight with a 10 hour layover in Auckland, New Zealand. For starters, this particular flight option cost less than than those without a layover.  Additionally, I thought it would be a cool opportunity to check out New Zealand since I’d never been there before.

Logistically, the trip couldn’t have been easier. My flight arrived early, and I cleared customs in minutes. My bag was checked straight through my final destination, but Auckland Airport offers secure baggage storage for just $12 NZD.  Directly outside the Arrivals terminal, I bought a roundtrip ticket for the Express Bus for $26 NZD, and 45 minutes later, I was in the city center. Easy peasy!

Here are my top 5 things to do during a layover in Auckland, New Zealand. (Update: I’ve linked to more detailed posts about each item)

1.  Enjoy a morning stroll through the Auckland Waterfront. The harbor and boats provide a lovely backdrop as the sun rises. The surrounding streets are full of shops to browse in, and restaurants to satisfy cravings.

2.  Try a savory meat pie. After subsisting on airplane food for the previous 14 hours, a meal was in order! I tried the iconic New Zealand national dish, the meat pie. I opted for the lamb curry pie, which was pretty tasty. What’s not to love about stew covered with buttery Phyllo pastry?

3. People watch in Albert Park. It may be fall in the Southern Hemisphere, but the grass is bright green and the flowers are blooming. The park has lots of great walking paths, statues, and a large fountain in the center.  On that particular sunny morning, the park was filled with lots of students from neighboring University of Auckland. 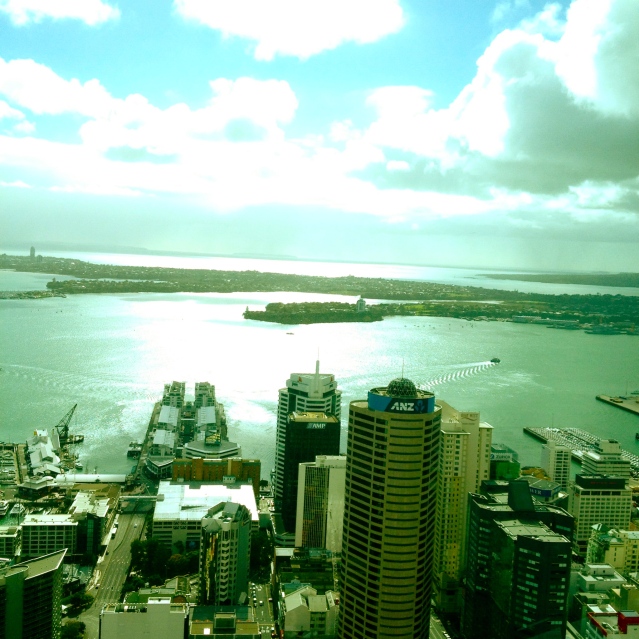 5. Get a bird’s eye view of Auckland at the Sky Tower. At 1,076 ft (328 meters), the Sky Tower is the Southern Hemisphere’s tallest free-standing structure. With a glass floor and windows, even the elevator ride up is part of the fun.  In addition to the 360 degree views, look out for the bungee jumpers!

Getting back to the airport was just as easy.  Since my connecting flight boarded 45 minutes prior to departure, I allotted 2.5 hours for the entire return process, but I ended up having loads of time to spare.  There were several well-marked Express Bus stops in the city, and buses arrived every 10 minutes. The ride back to the airport was also 45 minutes, with no traffic in sight. Since I already had my boarding pass, I simply had to go through security and customs, which again, took only minutes. They run a very efficient airport in Auckland!

Extended layovers can be a great way to see a city.  Next time you book a flight, consider a layover as a creative way to explore a new destination!

17 Comments on “5 Things To Do During a 10 Hour Layover in Auckland, New Zealand” 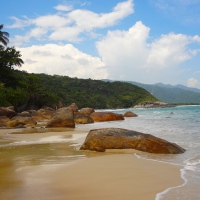