After a great night’s sleep, I awoke to a tap-tap-tapping on the windowpanes; it was pouring outside. But I suppose that’s what you get for traveling to Vietnam during rainy season! The day’s activities included canoeing. This was something I was really looking forward to, so I wasn’t about to let a little water deter me! After all, when else would I have that opportunity? 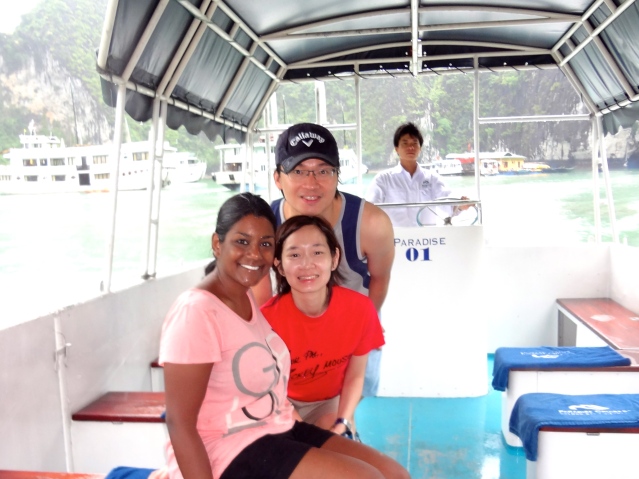 Turns out only two other people felt the same way! A very friendly couple, whose names I wish I could remember (funny how I’ve managed to forget so many details in such a short amount of time!). We took a smaller boat from the cruise ship out to the landing area that housed all the kayaks and canoes. They also gave us ponchos, which was a thoughtful gesture, but did little in the way of actual rain protection. At some point, it just seemed easier to get drenched! I had my (non-waterproof) camera wrapped up in a plastic bag, and took a a few photos when I could.

So off we went. We canoed through a small opening in the rock formations, and got a magnificent view of the grotto. Despite the weather, it was a beautiful sight. The stormy weather gave the bay a mysterious air, which was fitting, given that it was one of the filming locations used for the James Bond film “Tomorrow Never Dies.” It seemed that the weather also deterred many of the people on other cruise ships, as we had the whole place to ourselves! A rare treat in those parts.

← Misty watercolor memories of Halong Bay
Naked before the camera →

6 Comments on “Canoeing in Halong Bay during rainy season” 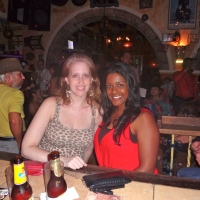