A day at the US Open

Last weekend my friends Jon and Ken took me on my first trip to the US Open.  Going to the Open was one of the items on NYC bucket list, but in in all the years I lived in New York, I somehow never made it. Happy to cross it off the list! While I enjoy watching tennis occasionally, I’m certainly not a tennis expert by any means. But what’s not to love about watching sports outdoors on a beautiful day, with the company of good friends? We had a blast!

Jon and I celebrated with our tennis friends… 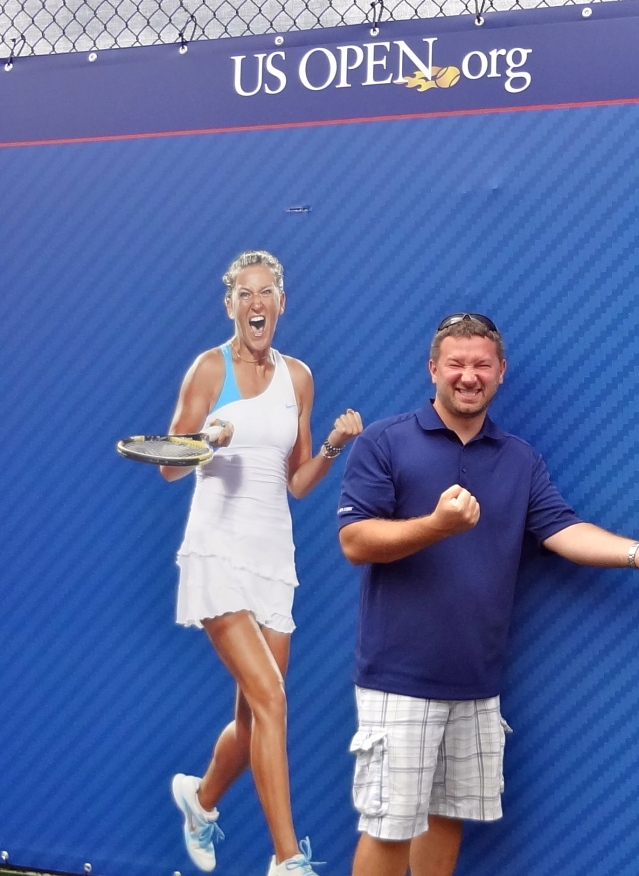 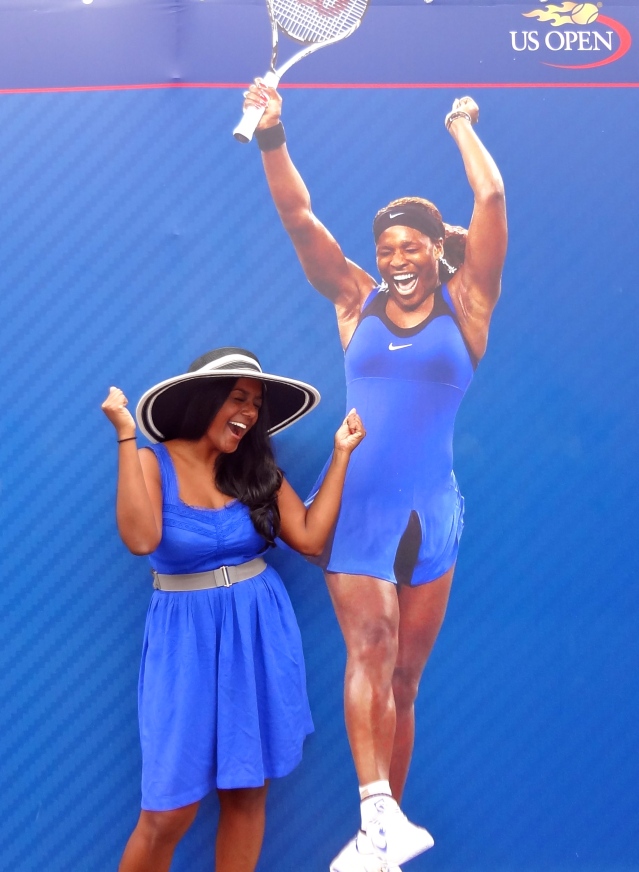 We tried the drink du jour, the Grey Goose Honey Deuce, which was fabulous. Cool and refreshing, perfect for a hot day! We may have had more than one…

Then a smaller court to watch a Women’s Doubles match. It was really exciting to be so close to the action! 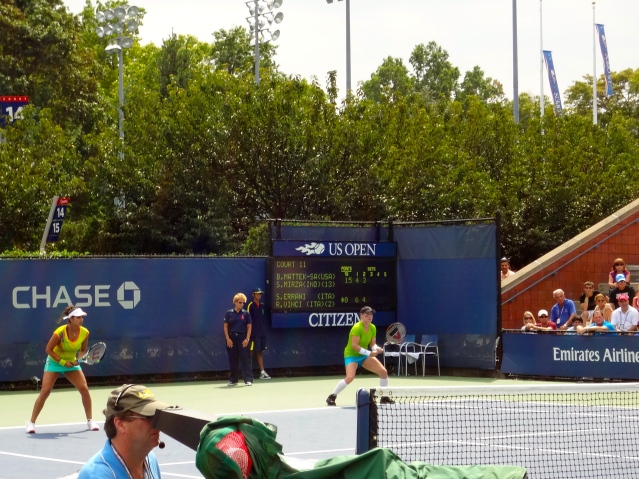 As Ken pointed out, we ended up standing behind the Team Captain! hehe

There were various entertainment acts in the main courtyard, including moving statues. I have to say, they were pretty cool. I don’t know how they managed to stay to still… and not have their makeup drip off in the heat!

Back to the Arthur Ashe stadium: Andy Roddick vs Fabio Fognini. It was awesome to see one of Andy’s last games before he retires. He gave a meet and greet after the game, and he just seems like such a great person! 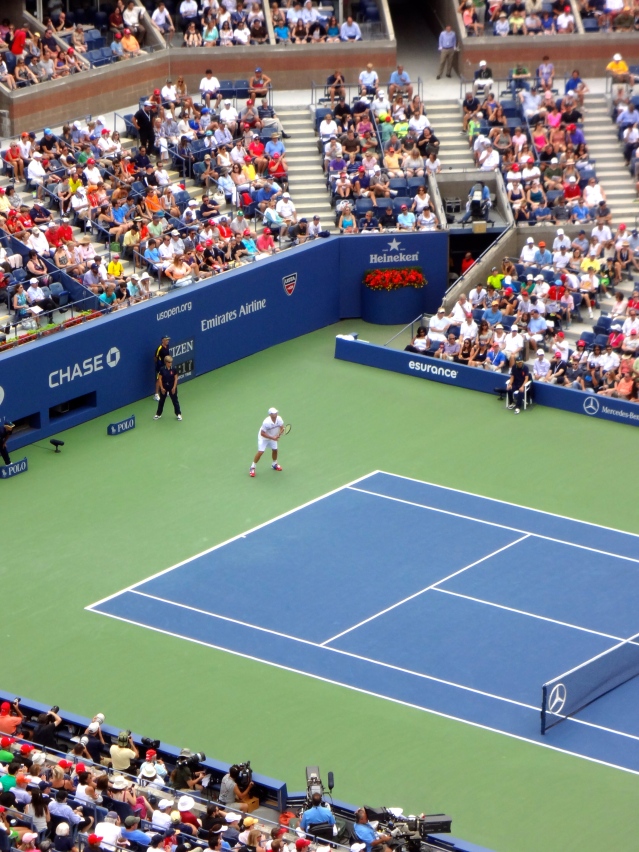 Lots of celebrities in attendance including Josh Groban, Brooklyn Decker, Rosie O’Donnell, and the LMFAO guys! 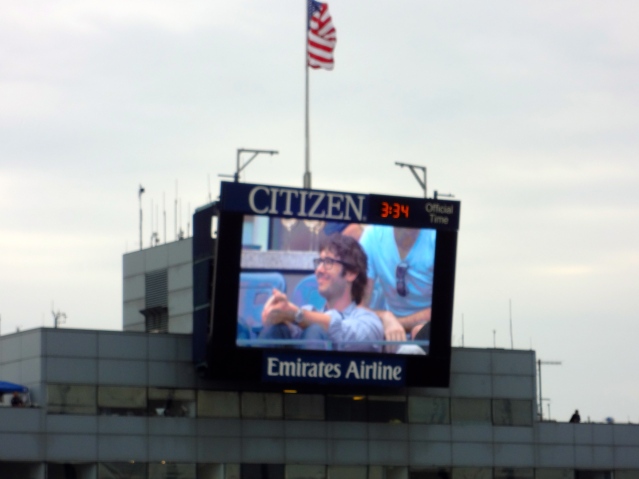 At the Grandstand: Richard Gasquet vs Steve Johnson.

I had such a great time at my first US Open! Can’t wait to go back! 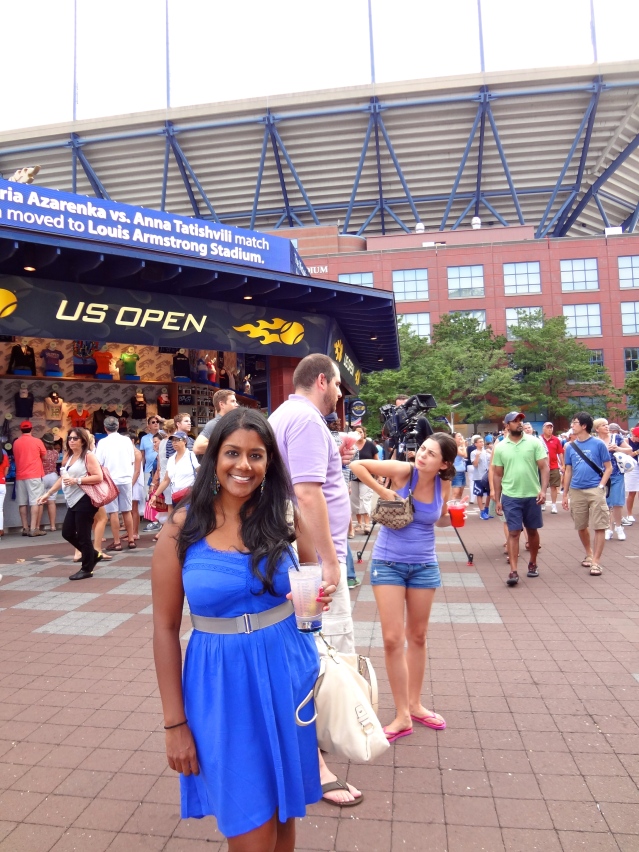 ← Sundowners and a Hong Kong Sunset
New traditions for 9/11 →