I get by with a little help from my friends

Some of my Chi-town peeps! Missing some friends because I often forget to bring my camera and/or take photos… oops!

Moving isn’t easy. As much as I enjoy a change of pace and a new adventure, I’ve never enjoyed the logistical aspects of moving. Despise may be the more accurate word. There’s all the little things, like finding an apartment and the fastest route to work (still working on both of those items). But there’s also the task of creating a social life and making new friends. Having previously experienced the travails of moving to a new city where I didn’t know anyone, I basically resigned myself to the fact that I would have a lot of bored and lonely days, especially early on. Perhaps I’m a bit older and wiser (or perhaps older and more tired), but the thought of being on my own for a while and having a few chill nights at home didn’t seem like such a bad thing this time around.   I think my raging case of FOMO (Fear Of Missing Out), exacerbated by the frenetic NYC lifestyle,  is finally beginning  to subside! So I was completely at peace with the idea of a few nights spent watching TV in my PJs.  But the reality is, I have’t even had a chance to be on my own because I’ve already made so many new friends!

After years of hearing about each other through mutual friends and following each other on social media, Vindhya and I finally had a chance to meet in real life!

Although I moved to Chicago knowing just two people (a colleague from graduate school, and a friend I met while traveling  a few years back) it seems that all of my other friends back home knew someone else in this town.  Thanks to the beauty of the internet and social media, I’ve been able to meet some really great people, and reconnect with a few I hadn’t seen in ages. In general, I’ve been pleasantly surprised by how easy it is to meet people here in Chicago. I can’t quite say if it’s the Midwest charm everyone talks about, or if it’s that I’ve become more outgoing and open to talking to strangers as a result of my travels last year. Probably a little of both. In any case, I’ve found that people here tend to be very friendly and chatty… which can occasionally lead to some “small world” moments. Case in point, an employee at Trader Joe’s struck up a conversation with me, and it turns out that her son-in-law and his brothers were my former high school classmates back in PA! (My mind is still blown by that exchange!). 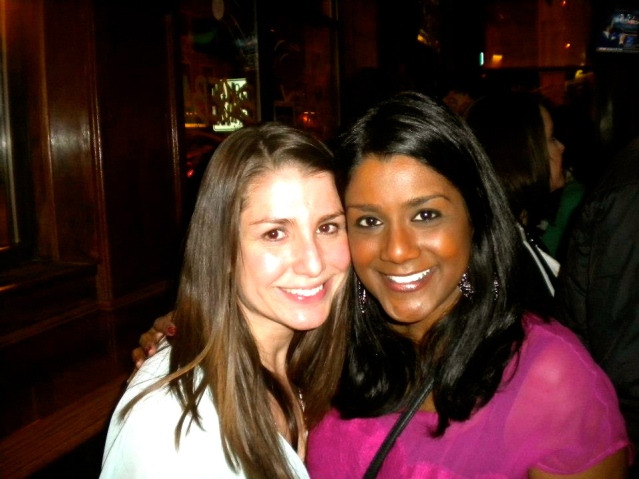 Ana sat in front of me in Mr. Ramsey’s 9th grade geometry class. Needless to say, we still remember every theorem and equation he taught us…

So, I’ve been in Chicago for about a month now, and the verdict? I’m loving it so far! Things are going so much better than I could have ever hoped for, and that is largely due to the networking efforts of all of my awesome friends for introducing me to their Chicago connections – THANK YOU!  It feels really great to have made so many new friends already, and I hope this past month is indicative of what’s to come!

Ai and I met back at JHU, when she was a post-doc and I was a grad school newbie! I’m sure we bonded over cell culturing or something equally cool! 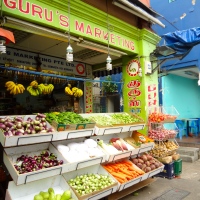