Check out my new kicks!

As I mentioned before, I recently got fitted for new sneakers at Fleet Feet. I was long overdue; I think it had been at least two years since I bought my last pair of sneakers. Oops. Flashback to high school, and my friend Danielle, who worked at a shoe store at the time, telling me sneakers need to be replaced every 500 miles! But before anyone yells at me, I would like to point out that the data on replacing shoes is inconclusive. Anyhow, I’ve since rectified the situation! If you’ve never been fitted for sneakers before, I highly recommend it. 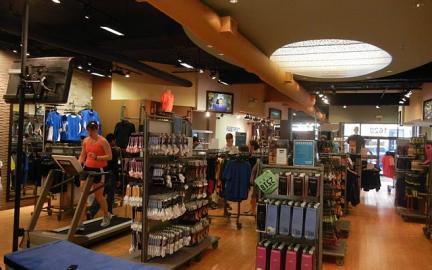 The sales rep, Justin asked us about any foot or knee injuries and running habits (My friends: “We run half-marathons!” Me: “Um, I don’t run…”) and measured our feet. 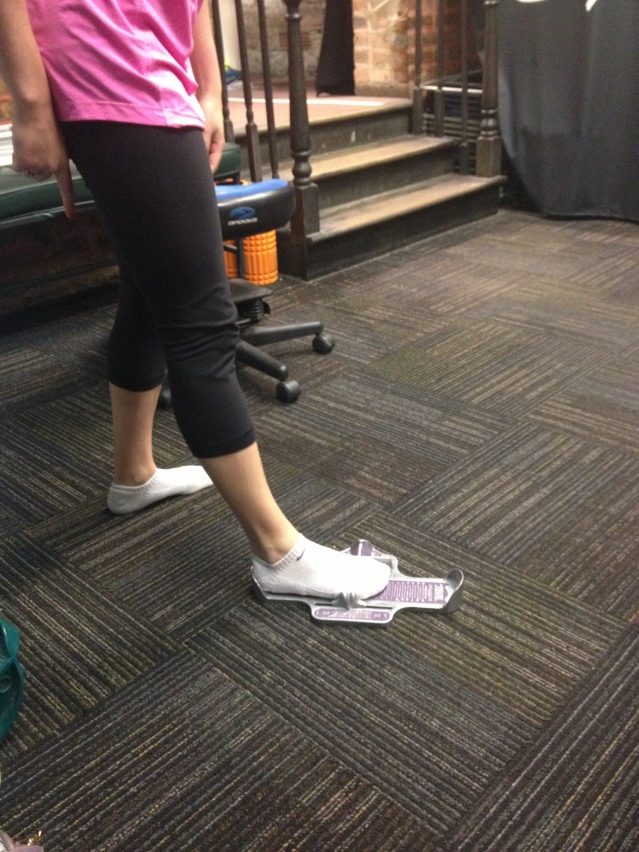 We then put on “neutral” sneakers from the store, and ran on a treadmill while being filmed. Which was exactly as fun as it sounds! Actually, it wasn’t bad at all. The camera was directed at our feet, and we only had to run for 30 seconds or so. They were then able slow down the footage to analyze our gait and foot positioning. Pretty cool! Next, Justin brought out three pairs for each of us to try on, and test out on a small indoor track. He also reminded us that the proper shoe was more important than the colors (try telling that to three fashion-concious girls!). In the end, we were all pleased with our selections. I went with the Asics Gel Cumulus 15. Although turquoise and neon orange aren’t my go-to shades, I love the bright colors! 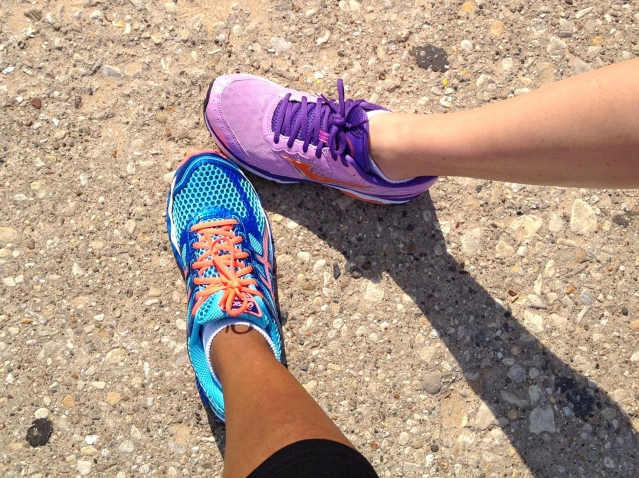 The first time I took them out for a spin was just for a walk while running errands to break them in. I could really feel the difference, just from walking. So when Maria asked me to go for a run with her, I was excited to try them out! Well, excited about the shoes, nervous to go running with an avid runner. If I haven’t mentioned it on this blog yet, I’m not a runner YET, but I would like to be. My goal is to run a 5K this year. I realize this is not much for most people, but even when I used to run every day, during grad school, my max was 2 miles. Although I haven’t run much in the years since, I do other types of workouts such as Bikram yoga, Zumba, aerobics, etc. So I was really curious to see how far I could go without stopping.

We set off along Lake Michigan on one of those perfect Saturday mornings. And I don’t know if it was seeing all those other people out there enjoying the weather, having a buddy with me, or the new shoes, but it didn’t seem so hard – and surprisingly, I was able to run 1.8 miles nonstop! (Thanks Google Maps!). You may be wondering why I stopped at 1.8 miles instead of 1.5 or 2.0. That would be because there is a lovely lakeside establishment called Castaways located exactly 1.8 mile s down the running path, which is where we stopped to enjoy a drink and take in the view, ha! 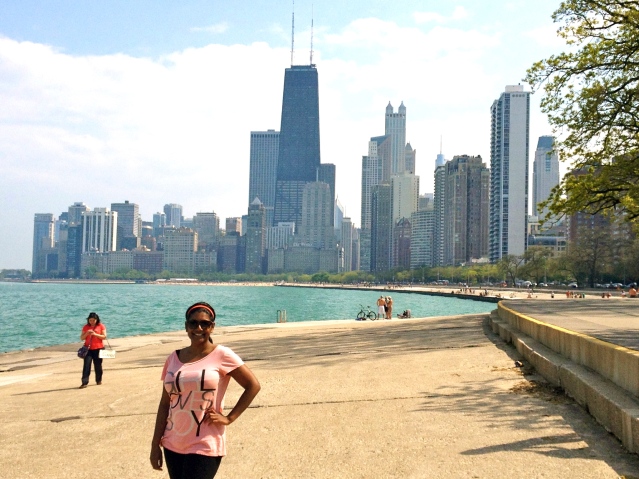 Anyhow, that first run has given me some confidence to keep at this running thing. It also helps that so many of my new friends in Chicago are into running! And just maybe it has something to do with the new shoes. As my friend Tamara’s young students tell her “My new shoes are magic! They make me run faster!”

Any running tips out there for me? How soon do you think I’ll be able to do a 5K?