To say that New Year’s Eve in Rio de Janeiro is a big deal would be an understatement. Reveillon is the second biggest party of the year, following Carnival. Following tradition, many people offer flowers and small wooden boats lit with candles into the ocean for Lemanja, the goddess of the sea. My friends from Philly, Daiana and Jon, also told me about another tradition to bring good luck: jumping seven waves in the ocean. But the biggest tradition you’ll notice is that everyone wears white! This is to bring peace and positivity in the new year. It being winter in the northern hemisphere, you’d be surprised at how difficult it was to find a white sundress in December! After scouring the shops without luck, I ended up finding one online (thank goodness for Amazon). On the plus side, I’ll be prepared the next time P.Diddy invites me to one of his famous White Parties… 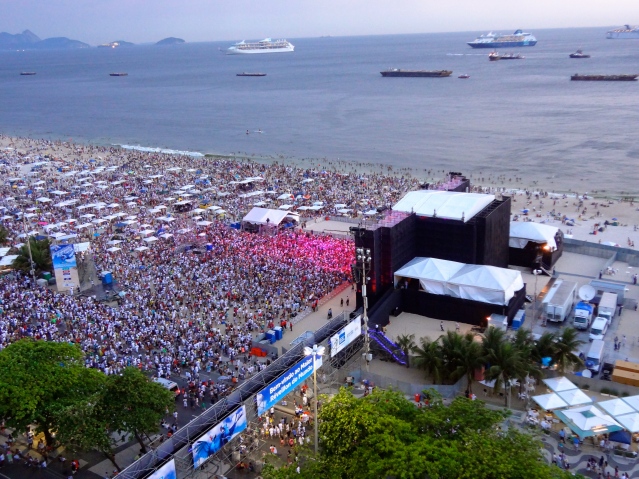 Fun Fact: The white ship at the top of the photo is the Vision of the Seas, where my friend Ryan and I met over 4 years ago, during a Mediterranean cruise!

More than 3 million people flock to Copcabana beach for the festivities. There were great views from the rooftop of the hotel, and it was cool watching everyone gather below. The original plan was to watch the fireworks from the beach, but two different people mentioned that they had been pick-pocketed within minutes of going on the beach, both losing their iPhones. So instead, we decided to celebrate on the rooftop (free party admission for us, since we were staying in the hotel) and watch the fireworks from there, and then head down to the beach for the concerts afterward. 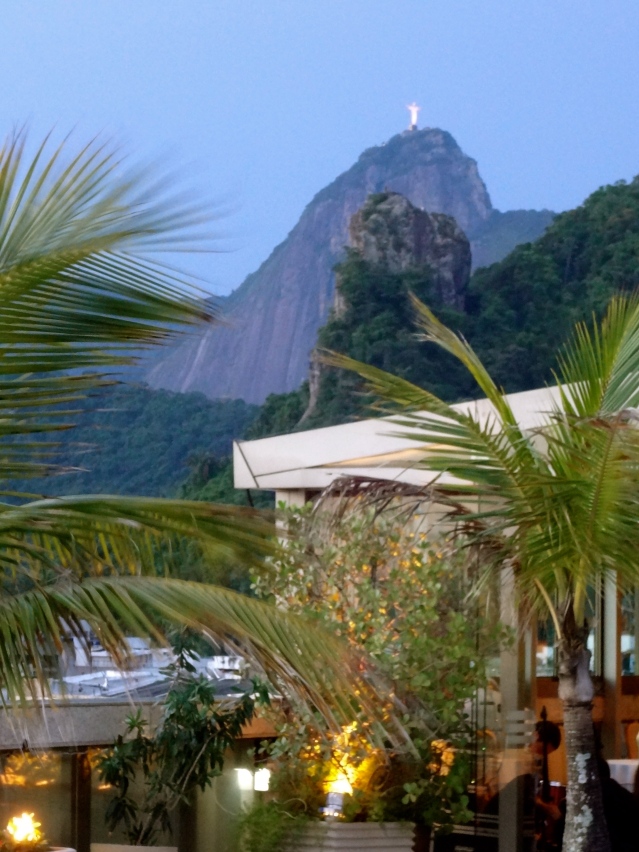 Then, the fireworks! This was one of the biggest and best fireworks displays I had ever seen, and I loved it. It seemed to go on forever! The best part was watching how much the crowd on the rooftop got into it. I wish I had taken a video! There were lots of resounding oohs and aahs, and photos all around. Hello 2014!

After the fireworks (and the conga line! Blurry, but I had to show you how much everyone got into it), a few of us headed to the beach to watch the live music and celebrate with the masses. To be safe, we decided to leave everything back in our hotel rooms taking just the key. I can’t remember the last time I went anywhere, literally without anything – kind of refreshing. So I don’t have any pictures, but you will have to trust me when I say that it was a fun time! Unfortunately, we didn’t get to see Will.i.am, but we did get to hear a guy in white headdress, who was pretty amazing! There were also lots of samba dancers, which was really cool as it was the only samba I got to see on this trip. 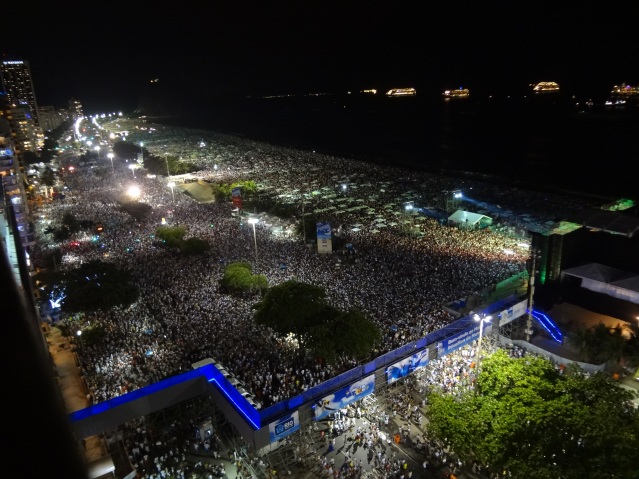 So, this wouldn’t be a New Year’s post without a resolution thrown in. I didn’t have anything in mind before, but interestingly, a resolution manifested as a result of this trip. My 2014 resolution is to do what I want to do. Which is to say, prioritize the things that truly matter to me, follow my instincts and do what feels right, and not worry about what other people may think about my decisions.

← Blame it on Rio
Parque Lage and Cristo Redentor → 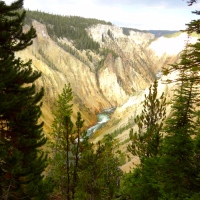