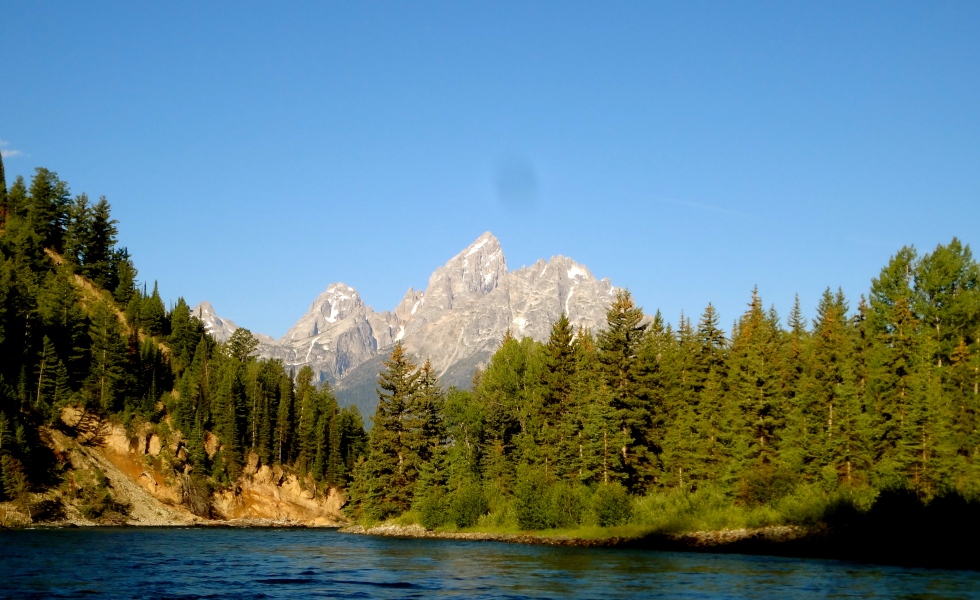 Behold: The Grand Tetons! Back in IL, I had mentioned  the road trip to my friend Andrea, who said that the Grand Tetons were not to be missed. I take recommendations from friends, especially avid-traveler-friends, very seriously, so we added this to the itinerary.

Now, when we last left off, our heroines had just bravely navigated through the dark woods of Washington on gas fumes. Following a very uneventful night in Yakima, Washington, we hit the road for the first stretch of our long road trips days – 10 hours. We ended up having a blast, and the time passed by much quicker than we expected! If you were following along on Instagram, you got a glimpse of our shenanigans in Oregon and Idaho. Before we knew it, it was time for yet another uneventful sleep, this time in Idaho Falls, Idaho. We were up bright and early the next morning for a short drive to Jackson Hole, Wyoming. If you’ve never been to JH before, it is FUN! But more on that another time. We came for the great outdoors! 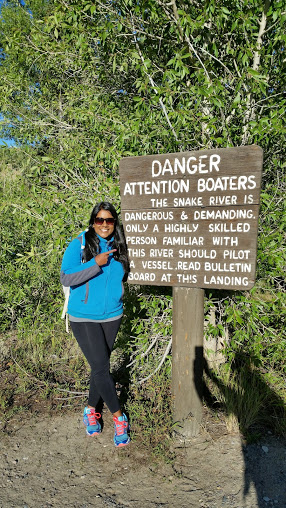 If it’s not dangerous, it’s not worth doing!

After that  long day of driving, and a few days of hiking, Maria and I thought we’d change things up with a rafting trip down the Snake River, which winds right through the Grand Tetons. As you can see from the sign above, the Snake River is not to be messed with, so we knew we couldn’t do this on our own (also, you need a permit). We went with Barker-Ewing which was a well-run outfit; our guide, Reed, was knowledgeable, personable, and an all around great person to be on a raft with for a couple hours! From embarkation, we floated down 10 miles of the Snake River, all the while taking in the spectacular views.

We saw several bison, Bald Eagles, a moose butt (he refused to turn around!), and a lone fisherman. Wildlife of the Grand Tetons, folks! Maria did manage to get a picture of the infamous moose butt, but in her excitement, she accidentally deleted it. So you will have to use your imagination here! 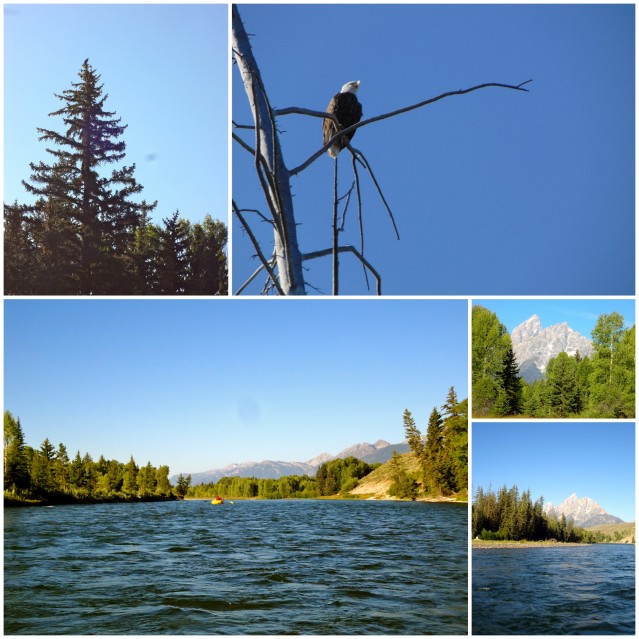 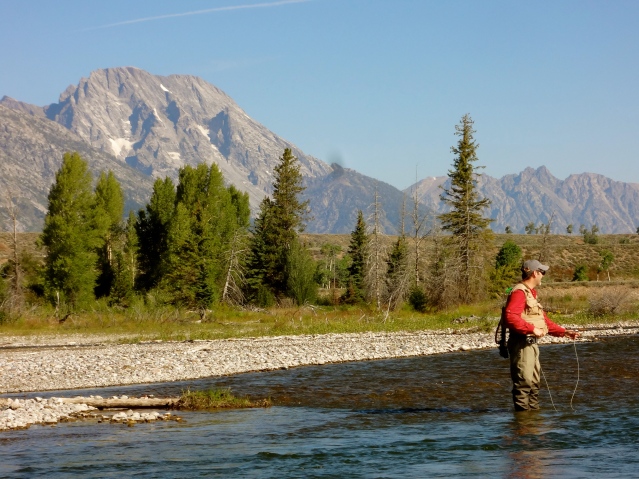 Sidenote: it is extremely difficult to look super-fresh whilst donning a one-size-fits-all life vest. But we did our best! 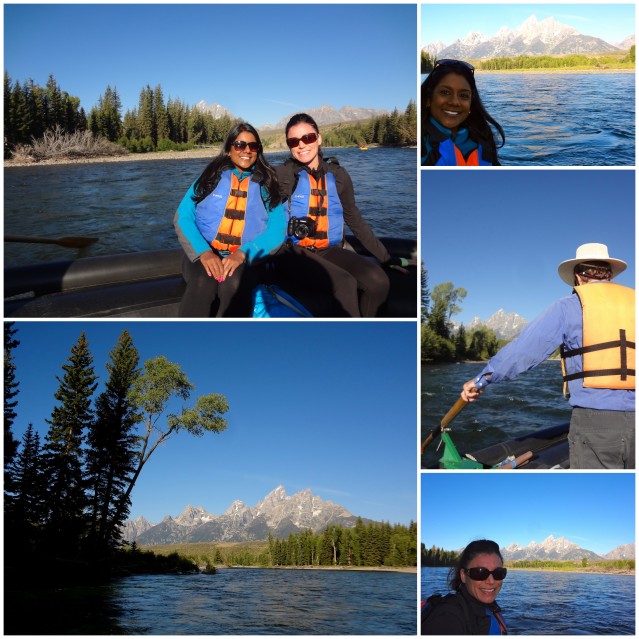 We had originally opted for the 6am ride.  Yes, that would have been early, especially for vacation, but we were hoping to catch the sunrise. However, we were advised the day before to reschedule to 8am. Apparently there were torrential downpours in the preceding days, and the early morning hours brought dense fog and limited visibility. As you can see, we did not have any issues, and lucked out with gorgeous weather for the entirety of our stay in Wyoming! 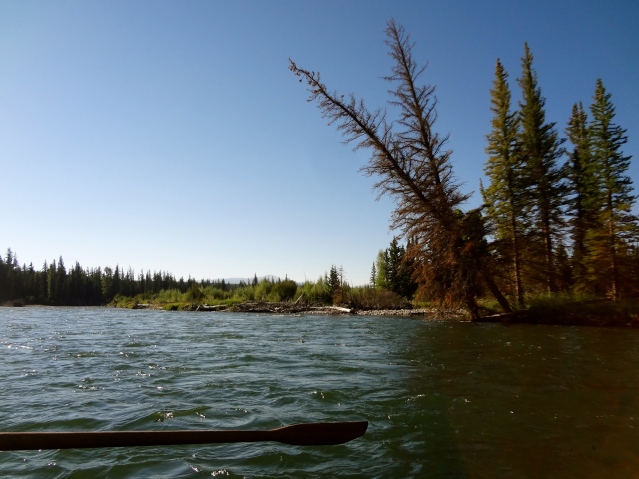 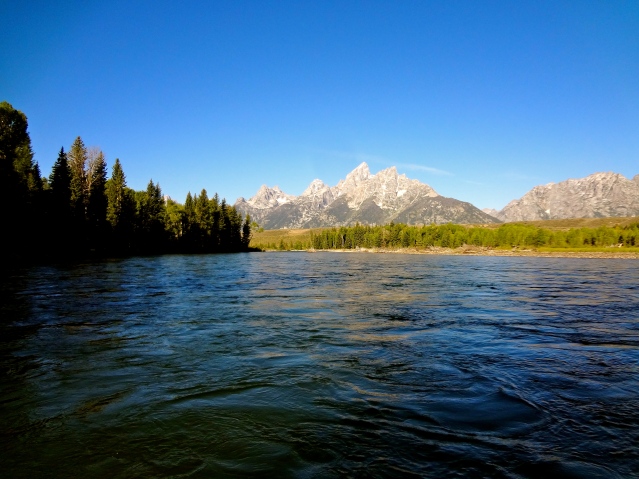 Afterwards we were both ravenous; it appears that we had worked up quite an appetite watching someone else row us down a river, ha! We stumbled upon our only food option for miles around, an establishment called Doornan’s. This turned out to be a kitschy “cowboys &  indians”/ “home on the range” themed venue that served subpar food cooked and served by European students working on holiday. It was one of those times where I considered just eating a protein bar for my meal, but hunger and curiosity got the best of me, and so Maria and I indulged in questionable scrambled eggs, biscuits, and gravy, all of which was prepared in the outdoor kitchen by the aforementioned youngsters. On the plus side, neither of us got sick, so yay for that. Guess it’s all part of the adventure of a solid road trip!

Next up: more hiking! 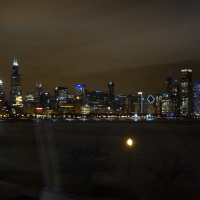 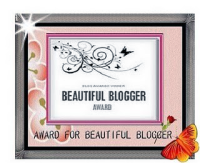