We’re with the band (MUCCA PAZZA!)

Have you ever wondered what became of your former high school marching band members?* Well if they live in Chicago, there’s a chance they are now performing with Mucca Pazza, “a marching band that thinks it’s a rock band.” I found out about this gloriously delightful performance group through my friend Anh, whose boyfriend Brent is one of the members. 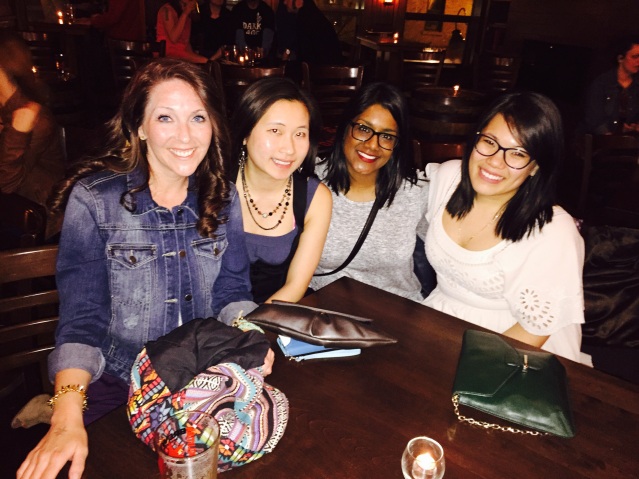 I’ve been wanting to attend one of their shows for ages, so when I found out they were performing their “Sitting in Chairs” show at Revolution Brewery, I jumped at the chance. I also invited Tamara and Vy because I knew this would be right up their alley!

MP is comprised of over 30 incredibly talented members, including a couple cheerleaders and a dancer or two! But what makes this band really stand out is their musical ability (all those instruments!). They’re good. Really, really good! Their set list contains complex numbers and original compositions.  Which is why it’s no surprise that they’ve already gone on tour across the country, been featured on Late Night with Conan O’Brien, performed at Lollapalooza, and have left a string of sold-out shows in their wake. Oh, and did I mention how much fun they are? You know it’s going to be a good time when the entire band participates in (multiple) toasts throughout the night!

We had a blast, and I definitely plan to seem them again in the summer for a full marching performance! Check out my video below of their show last night.

*Note from above: Not me. I was relegated to the orchestra and various recital halls, as I played the violin and the piano. #Asian 😉