I lucked out with great weather during my trip to NYC last month, so I spent a lot of it outdoors! On my last day, my friend Mike and I headed to the Village, for what ended up being an impromptu tour of places featured on Bravo TV.  Our first stop was Better Being Underground, which was mentioned in an episode of  Bethenny Ever After.

This is a divine little take-out lunch spot featuring a market-driven menu.  If you consider yourself a foodie, or just like eating awesome food, you have to check this place out. We took our food to Washington Square Park for a picnic. I got the St.Luke:  buttermilk battered cage free chicken breast, new pickles, brioche bun w/ chipotle mayo.  Delish! Came with a pickle and bag of Miss Vicky’s chips, which I saved for later. Entirely too much food to finish! 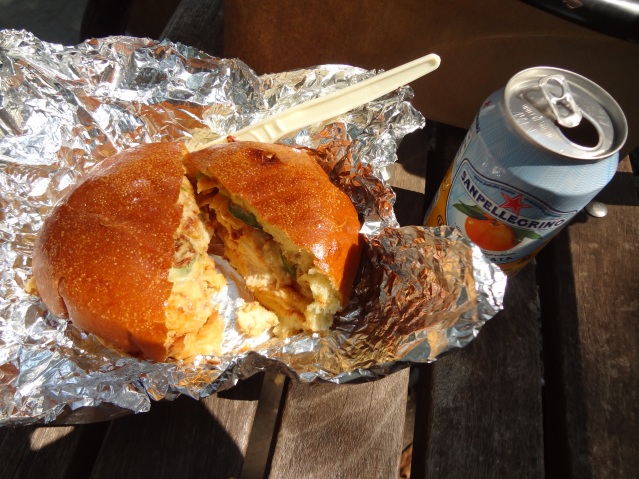 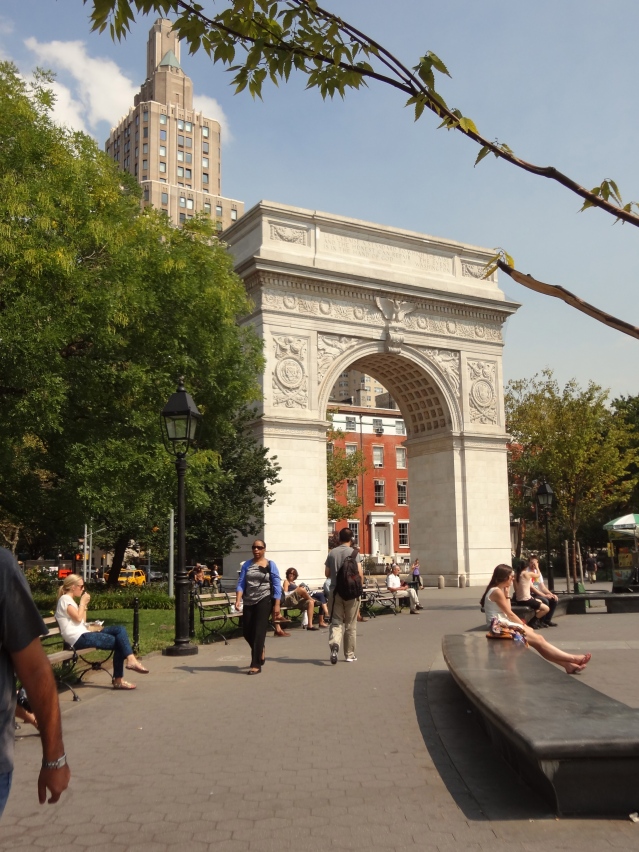 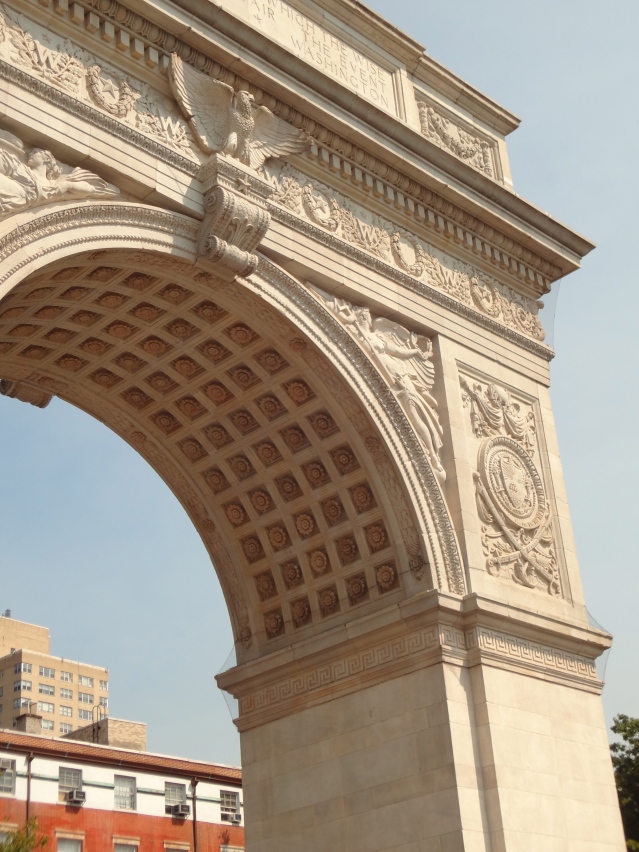 We continued our scenic walk, when we accidentally stumbled upon the Eli Klein Fine Art Gallery. Those of you who watch Bravo’s Gallery Girls can  imagine  how exciting this was! Those of you who don’t need to start watching more trashy TV! We actually went in and looked at all the art, which was largely East Asian, and East Asian-inspired.

We had a little detour through Billy’s Bakery, which was featured on Bravo’s Top Chef Just Desserts. 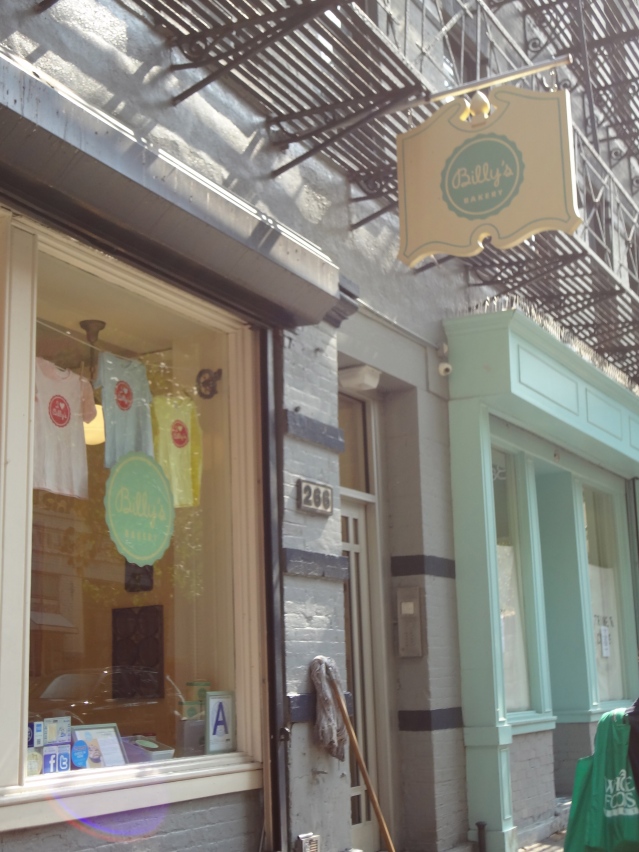 My first Billy’s cupcake… amazing! I went with the pumpkin spice cupcake with cream cheese frosting. Mike went with the S’mores. Heavenly! I liked that these cupcakes were regular size, which was just enough to hit the spot. What’s up with all those oversized monster cupcakes taking over the city?

All fueled up, we continued our walk. End of Century: another Gallery Girls stop. We actually met Claudia! But refrained from purchasing any emo-type art.

Next on the agenda, meeting up with Kedar, who was in town from San Diego. We went to a great wine bar on the Lower East Side called Ten Bells. Now, you may have assumed that at an establishment such as this, we’d be sipping a nice wine; a Ramona Pinot Grigio, perhaps (ha!). However, I was intrigued by a mysterious paper-bag covered bottle on the top shelf above the bar.

Behold: The Embrasse  De Dochter van de Korenaar. Which turned out to be a very expensive beer. $26 expensive! But our curiosity won out, and we decided we had to try it. The verdict? It was delicious. Very dark and chocolatey, with hints of coffee. It was the first beer I’ve ever had that came with a congratulatory note! 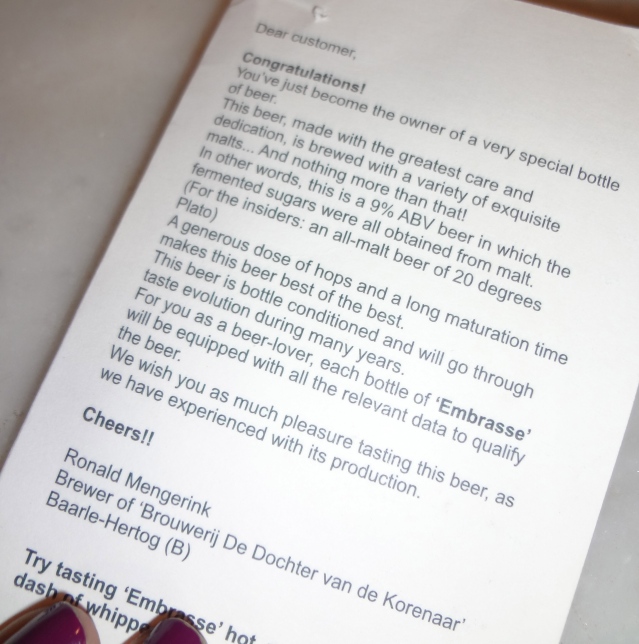 I can’t say that I’d make a habit of drinking $26 beers, but it was definitely worth trying!

While we were at Ten Bells, we not only befriended the bartenders, but also two guys who, as it turns out, work at the bakery across the street. And who very kindly treated us to the best cappuccinos around. 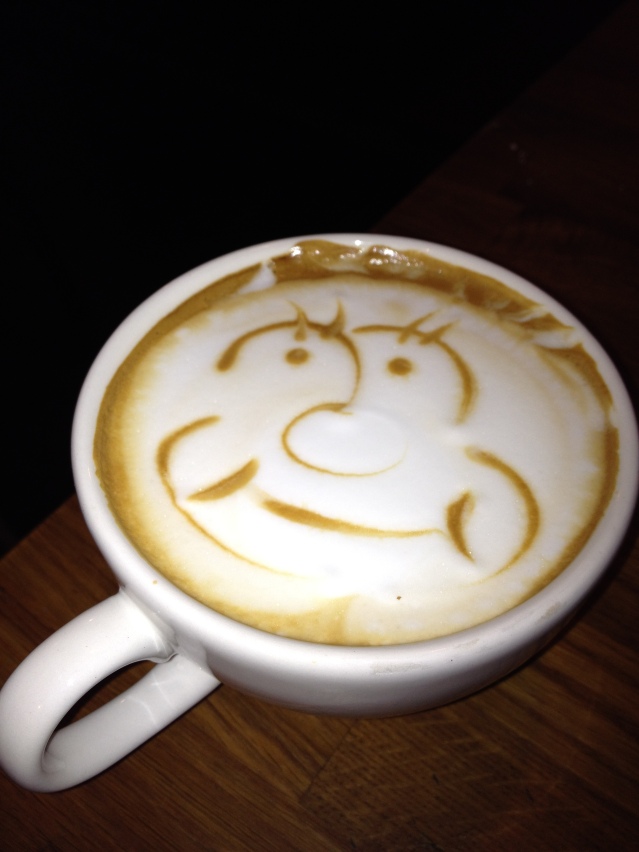 A striking resemblance to Andy Cohen, don’t you think? 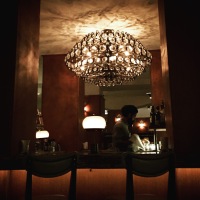