The day I went to Tayrona National Park was one of the best days I’ve ever had while traveling, for so many reasons! Tayrona Park was created in 1964, and is located 34km north of Santa Marta. There are tons of tours available to Tayrona, but like most tourist excursions, they tend to be overpriced and overly structured. So B and I decided to take the local bus. Easier said than done, because there isn’t a dedicated bus station! We just knew we had to get to certain cross streets, and that the busses departed every hour. After a few wrong turns, we found a little coach with a “Tayrona” sign in the window, and as luck would have it, it was departing 10 minutes later. The bus only cost 5000 COP ($2.50 USD) for the 1 hour ride to Tayrona.

The bus drops you off on the main road, which is still 4 km from the actual entrance of the park. First there are some police standing by to inspect all your belongings. Then there’s the actual ticket purchasing. The entry fee for tourists is 35.000 COP ($17.50 USD). In addition, they review your passport, and fill out (by hand!) an old school carbon copy form. All of this is done by one person… so you can imagine how long it takes to process everyone waiting in line. But like I mentioned in an earlier post, no one seems to mind or be in a hurry!

To get from the drop off point to the entrance, they provide shuttle vans for 2.000 COP ($1 USD). To me, this was a no brainer. I’d rather spend my time hiking inside the actual park than up a winding driveway for an hour. B, however, was convinced we should walk it to get the “full experience.” When I asked the park guide if walking was possible, he basically said in Spanish “Why would anyone want to do that when there is a shuttle right here?!” and said that it would take about an hour because the route was very hilly. I relayed the information to B, but he was insistent on walking it, so we parted ways. I introduced myself to my van mates, and it turned out that none of them spoke English, but they understood it (much like my Spanish skills!). But somehow we all managed to get our points across, and it was great practice for me! 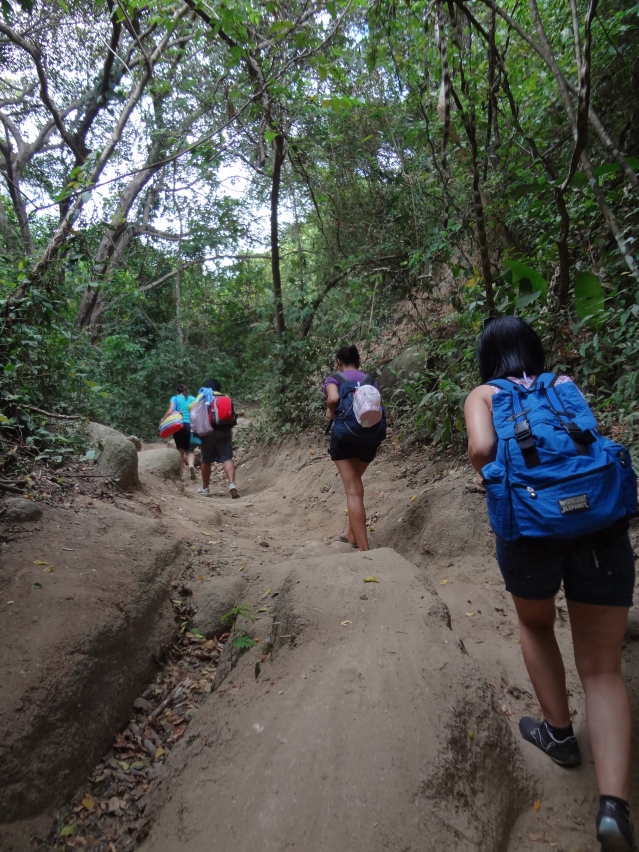 At the park entrance, I noticed that there were 3 different paths… and no signs, maps, or park guides anywhere to be seen. Hmmm…. I decided it would be best to follow my van buddies! In hindsight, I think we followed the horse trail (the trail used for all the horses in the park, and therefore the trail covered in horse poop). But they knew the way and seemed very confident, so I followed. The trail was fairly easy for the most part, but at points were slippery, narrow, and/or involved some climbing over boulders.

Over the next 1.5 hours I chatted away with Jorge and his girlfriend from Barranquilla, Yvonne and Julia from Santa Marta, and Señor and Señora. I was glad to have people to walk with. And then we came to the first beach area, Arrecifes. 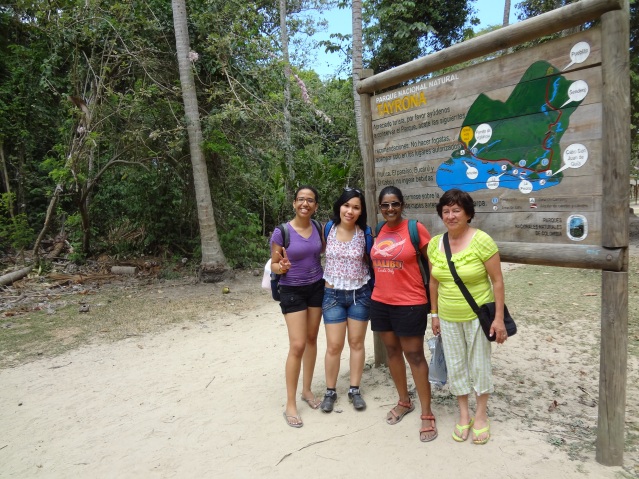 Seeing the beach and the sea emerge after walking through the jungle was incredible! It really felt like something out of a movie. It looked like the backdrop for LOST or Jurassic Park. I think both of them were filmed in Hawaii, so maybe Arrecifes just looks like Hawaii. With some mist and fog edited in!

There were many signs indicating that the Arrecifes waters had strong currents and that it was dangerous to swim; 200 people die there every year. I walked along the edge but didn’t chance it! 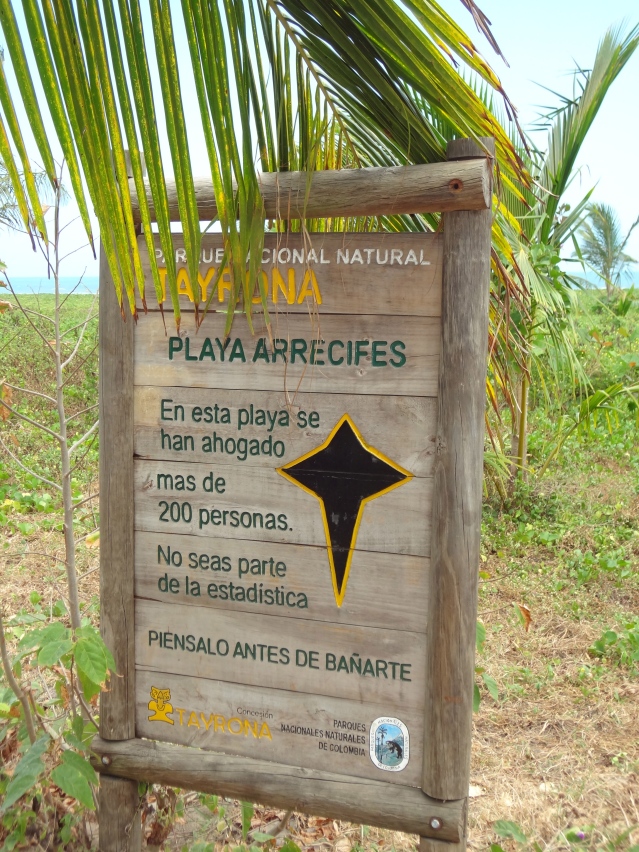 The best part was that it was uncrowded and unspoiled. I don’t think there are many places like this left on Earth! At this point, I figured I should hang out on the beach and wait for B to catch up. I happened to have an issue of the Oprah Magazine in my backpack, so I figured that would keep me entertained. The last page was all about meditation, and the benefits of practicing stillness every day. I figured that was as good a time as any, and meditated (attempted to meditate?) on the beach. 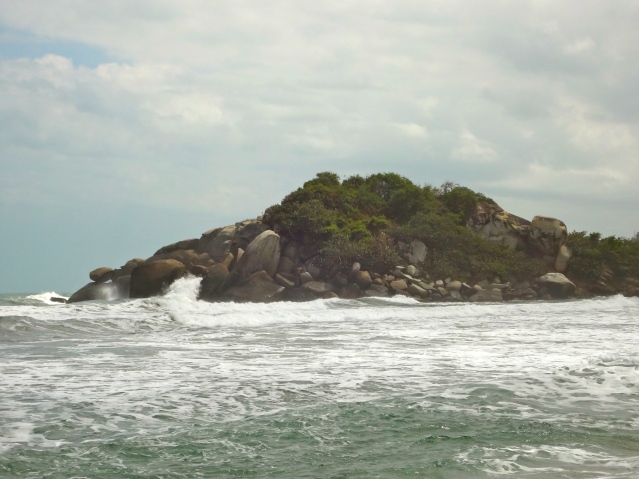 A while later I saw B walking towards me. He had assumed I went on ahead, and so he ate lunch in the Arrecife food stalls. Without me! Apparently it was delicious. Ah well. Worth skipping lunch to enjoy an extra 30 minutes on that beach! 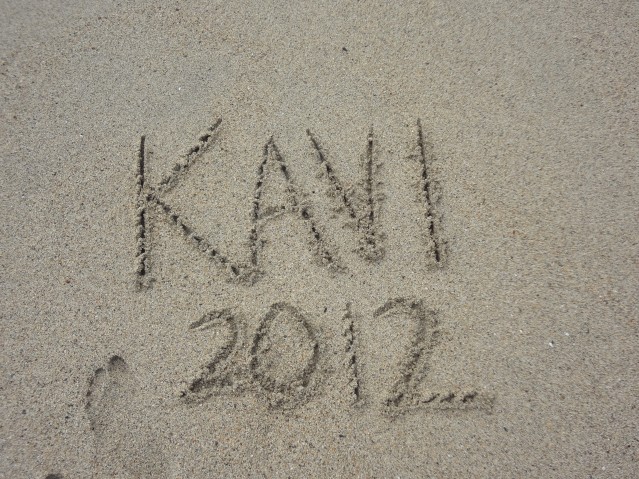 Leave a Reply to Kavi @ Lab to Fab! Cancel reply